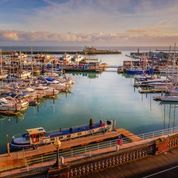 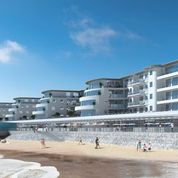 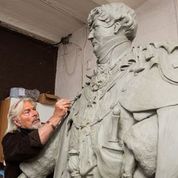 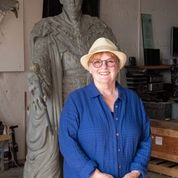 200 years ago King George IV bestowed royal status on its harbour. This will be celebrated by a 200th Anniversary weekend this month (24-26th September)

My head and heart are in Ramsgate, and I absolutely love it here. We've got a beautiful harbour, and we're about to celebrate its 200th anniversary.”
— Brenda Blethyn

Two centuries ago, a newly crowned King George IV enjoyed Ramsgate’s hospitality so much that he bestowed royal status on its harbour.

This unique accolade will be celebrated by a 200th Anniversary weekend this month (24-26th September) at a time when the Kent seaside town is enjoying a boom much like the one George IV would have witnessed.

Early-1800s Ramsgate was a highly fashionable resort with assembly rooms for the well-to-do, salt-water baths, magnificent crescents and squares, and a bustling port

Today, it is a thriving leisure harbour, ‘Britain’s sunshine capital’ based on 10 years of Met Office data, and the favourite new home for Londoners ‘fleeing the capital’ as residents there embrace the post-COVID work-from-home and rebalancing work/life revolution.

The latter distinction comes from a No1 ranking out of 20 UK seaside towns in a Property Market Index report, based on accessibility, travel time to London, price growth, value for money, culture and maritime heritage, cleanliness, beaches and education.

Amanda Collison of Property Market Index said: "£500 million will be invested into Ramsgate and the nearby area over the next 3-5 years, including the new HS1
Thanet Parkway rail station – cutting London travel times to less than an hour – and the rebirth of Manston airport (Ramsgate).

"There is also the £50 million Royal Sands Ramsgate luxury apartments development under construction opposite the harbour and including, a 60-bedroom boutique hotel, promenade, leisure, retail, café culture – all within yards of award-winning sandy beaches.”

The local economy and jobs scene are thriving too, highlighted by the decision to base operations there for the huge £1.8 billion London Array wind farm – 12 miles offshore – and the nearby Westwood Cross Shopping Centre, while the local council is bidding for £19.8 million from the Government’s Levelling Up Fund to create a ‘green port’ within Ramsgate, supporting renewable energy and zero carbon maritime logistics.

Royal Harbour’s 200th anniversary now gives the town the opportunity to show off this new dynamism, an opportunity not lost on a famous resident, award-winning actress Brenda Blethyn – star of the detective series ‘Vera’ and films including ‘Little Voice’ and ‘Secrets & Lies’.

Born in the town she said: "My head and heart are in Ramsgate, and I absolutely love it here. We've got a beautiful harbour, and we're about to celebrate its 200th anniversary."

Many thousands of visitors are expected to attend the bi-centennial celebrations, which include two Royal Navy vessels and the famous Tall Ship 'Royalist' anchoring in the harbour, where they will share the limelight with veteran craft celebrating the 80th anniversary – delayed a year by COVID-19 – of the 'Little Ships' Dunkirk evacuation.

The Kent town was the hub for ‘Operation Dynamo’ – a finest hour for the harbour and the Ramsgate Tunnels – when some 700 often tiny vessels set off to help rescue 331,000 British and French troops trapped in the French port of Dunkirk by Nazi forces – an act of heroism that helped raise wartime morale and change history.

And even as the 200th anniversary celebrations close on the Sunday (26 September) the town will advance plans to strengthen the royal connection.

Former pop star turned renowned sculptor Dominic Grant created a striking 15-foot statue of George IV to gift to his adopted town, but his untimely death in 2020 left the project needing £50,000 to cast the figure in bronze and provide siteworks and a plinth.

He and Julie Forsyth – daughter of the late Bruce Forsyth – co-founded the Guys 'n' Dolls vocal group, with top ten hits including ‘There's a Whole Lot of Loving’ and ‘You Don't Have to Say You Love Me’, and then fell in love with Ramsgate, moving there 12 years ago.

"On receiving my OBE from Her Majesty, The Queen, I explained our 200th anniversary and suggested it would be very special if a Royal Family member could unveil the statue of King George IV."

"We have since spoken with the Lord-Lieutenant of Kent about whether young Prince George might unveil the statue of his royal ancestor sometime after the 200th – it would be a magnificent and fitting encore.”

And if you would like more information about the festival, what's going on in the local area of Ramsgate, or interviews with individuals featured in this article, please contact: