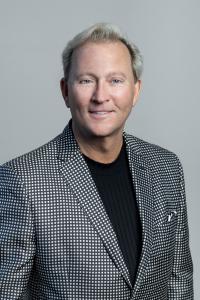 I respect that this property has a long,storied history. The new name, Grand Galvez Resort & Spa, will reflect the beautiful renovations and new energy I will bring to the resort and all its amenities”
— Mark Wyant

GALVESTON, TEXAS, USA, May 12, 2021 /EINPresswire.com/ — Hotelier Mark Wyant, owner of Seawall Hospitality LLC, has closed on the purchase of the historic Hotel Galvez and Spa in Galveston, TX from the heirs of Galveston Island-born oilman and developer George P. Mitchell.

Immediately following the closing in Galveston, Mr. Wyant announced that the hotel will be renamed the Grand Galvez Resort & Spa, part of the Marriott Autograph Collection.

“I know and respect that this property has a long and storied history. However, the new name, Grand Galvez Resort & Spa, will reflect the beautiful renovations and new energy I will bring to the resort and all its amenities,” said Mark Wyant, owner, Seawall Hospitality LLC.

“My primary goal is to embody the hotel’s beautiful architectural design while, at the same time, introduce an upgraded luxury and energy, which will attract even more guests to the Grand Galvez Resort & Spa and to Galveston,” Mr. Wyant continued.

With its unparalleled location, the iconic property will remain a landmark, complementing the history and beauty of Galveston Island. The Grand Galvez Resort & Spa will continue to be a desired destination for weddings, corporate meetings, business and leisure travelers. The renovations and additions will be elegant and unmatched in the area. Renderings are currently being finalized and will be unveiled in the coming weeks.

“My plans include renovations of the hotel rooms, common areas and hospitality settings as well as the addition of exciting entertainment venues, which will bring a new vitality to the Grand Galvez Resort & Spa,” said Mr. Wyant.

A native of Dallas, Texas, Mr. Wyant is an established hotel owner and developer in Texas, Florida, Louisiana and South Carolina. The purchase of the Hotel Galvez, now the Grand Galvez Resort & Spa, will mark the third property Wyant has developed in Galveston. In 1999, he built the Holiday Inn Express at 1st and Seawall and then sold it in 2005. In 2004, he developed the Holiday Inn Sunspree Resort, where the noted Capt. Jack’s once stood. In 2014, he sold it and went on to create The Saint Hotel brand with award-winning properties in New Orleans, Key West and Charleston. He recently sold The Saint New Orleans and is finalizing construction on The Saint Hotel Charleston.

A history lover, Wyant strategically selects development properties that are in key United States cities known for their history and excellent leisure, business and entertainment experiences. In every historic location, his primary goal is to embody and respect the legacy, charm and history of the city.