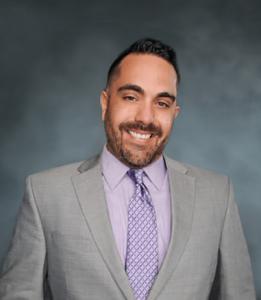 Zachary Zerbonia has been selected as the Chief Operating Officer for Franciscan Ministries.

Zachary brings a vast amount of talent to Franciscan, including operational, sales and clinical expertise with a proven track record of results.”
— Judy Amiano, President & CEO of Franciscan Ministries

A well-respected senior living executive known for his ability to build high-performing teams, Zerbonia has also led the development of award-winning programs and services. He brings extensive experience and multifaceted skill sets to Franciscan Ministries as the company gears up for a period of rapid growth.

Zerbonia entered the healthcare sector more than 20 years ago when he became a licensed physical therapist. He has an impressive educational background with both clinical and business education, including a doctorate in physical therapy from Boston University and a master’s degree in business administration and health administration from the University of Phoenix. In addition to leading multi-disciplinary rehabilitation teams in the early part of his career, Zerbonia has varied and extensive multi-state management of physician practices, hospice and home health agencies, and outpatient rehabilitation clinics.

Most recently, Zerbonia created and led AGEiLITY Senior Living Advisors where he partnered with regional and national senior living providers to develop new programs or to restructure and improve outcomes and occupancy. Prior to this, Zerbonia served in roles including Chief Operating Officer of Validus Senior Living as well as Chief Executive and Senior Housing Principle of Palatine Capital and Aventine Senior Living. In those roles, he directed development, stabilization and growth of their senior living portfolios. Zerbonia also worked with Brookdale Senior Living for nearly 16 years and served as Senior Vice President of Operations where he oversaw the largest senior living market in the country, encompassing 85 communities with revenue of more than $350 million.

His responsibilities as an owner, operator and clinician – in both the public and private sector – make Zerbonia uniquely qualified to lead Franciscan Ministries.

“Zachary brings a vast amount of talent to Franciscan, including operational, sales and clinical expertise with a proven track record of results,” said Franciscan Ministries President and CEO Judy Amiano. "He has a strong character with the innate ability to create a culture of respect and accountability. And he has a reputation of building superior teams with a passion to serve the senior population – which is the foundation of our mission of Living Joyfully."

Calling it an honor and privilege to work with the Franciscan Sisters of Chicago, Dr. Zerbonia said, “As a person coming from a strong Catholic family history, joining the Ministry gives me great pride and purpose.”

For more information about Franciscan Ministries, call (800) 524-6126 or go to http://www.franciscanministries.org.