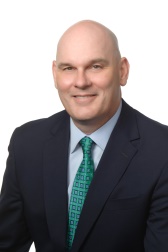 You want to connect with your people and learn the dynamics of the group.”
— Doug McCauley

Over the years I have been fortunate enough to interview and write articles about interesting and successful people from the Real Estate Industry. Today, I will be writing about Doug McCauley, the 24th Commissioner of the California Department of Real Estate. I had the privilege and pleasure to talk via the Internet with the Commissioner last week. He took the time from his hectic ‘Lockdown’ schedule to answer questions that I believe you might ask if you had the opportunity. Another nice person.

First, the official announcement: Doug McCauley was appointed Commissioner of the California Department of Real Estate (DRE) by Governor Gavin Newsom on April 2, 2020 and assumed office on May 6, 2020. Previously, he was appointed in 2018 as Chief Deputy Director of the Department of Housing and Community Development and was designated Acting Director in September of 2019.

That is the official information, but I would like to add some of the more interesting information. Doug graduated from St. Mary's High School in Stockton (Go Rams) and then to Sacramento State (Go Hornets) for a bachelor's degree in Government and a Master of Public Administration degree from Golden Gate University.

More importantly, while at CSUS he met his wife Lisa, when she was a food server at the famous Peppermill. After 27 years of marriage they are living in Sacramento. They have two boys. One (James) just graduated from UCLA (Go Bruins) and the other (Doug Jr.) is in his third year at Arizona State (Go Sun Devils). Both are English majors. That I would like; two editors and proof readers in-house.

As I always do, I asked him, "When you graduated from high school, which occupation were you contemplating?" His answer, "Chiropractor, but I found out that there were too many Science classes and a major in Government appealed to me." I would say that decision worked out well.

My next question to Doug was “What aspects of your resume do you think convinced Governor Newsom to appoint you to this prestigious number one in the country Real Estate Department?” His answer "I have demonstrated strong leadership in my 20 years working for the State of California. In particular, my success as Executive Officer of the California Architects Board (where he served for 17 years) underscored my firm commitment to consumer protection and was a determinative factor in the appointment process.”

Before we go any further, I want to list several important numbers about Doug's new assignment. How many Real Estate Salespersons are there right now? 292K; How many Brokers? 130K; How many of the licensees are also MLO's? 26K. How large is the DRE Staff at this time? 354. What is the DRE budget at this time? $52,295,000. So this is not a small operation.

Doug has been licensed in Real Estate since 1997. You can use the handy DRE License Verification Link to check him out. Note there are three Douglas McCauley’s, so click on the Douglas Richard McCauley entry. His license number is 01222364, expiration date is 10/02/20, (coming up soon, Commissioner, we have a sale on CE). And of course there are no sanctions on his record. Doug also worked for years managing his family's commercial property as well as with Lisa in her residential business. I asked him if he had ever considered becoming a Property Manager, and the answer was a quick and definite “No”.

The Commissioner is well versed in Continuing Education from his experience at the Architects Board. While at the Architects Board, he implemented a continuing education system for architects (they only have to complete 5 hours on disabled access requirements every two years), and established the nation’s first evidence-based internship program for the design profession.

At this time there are no discussions or task forces being established to change CE for Real Estate Licensees. Of course, I would love to see them consider changing back the rules about testing on only 15 hours a day on CE courses, and the rule that only a major or minor in Real Estate can be subbed for experience.

I asked him about taking over a Department in Corona Virus time. He said, “It is difficult with 70-80% of the staff working from remote locations. You want to be able to connect with your people and learn the dynamics of the group. Management meetings and inter-department meetings can be done online, but personal meetings are so much better.”

Areas of Enforcement: The Commissioner wants to eliminate illegal operators, both licensed and unlicensed. This goes along with the long time Department's goal of "Protecting the Public". He will use the Cite and Fine regulations to accomplish this for unlicensed individuals. Cite and Fine can be used for all types of infractions but normally is used more for minor violations for licensees, but is the best tool against unlicensed individuals. It is a relatively quick procedure and can result in fines up to $2,500.00 per unlicensed act. It has been used productively in the past few years and the Commissioner intends to make good use of it to target illegal operators.

One change that he would like to make: The regular sanctions of licensees are posted on the DRE website monthly and on the licensees’ information page that can be verified by anyone. He wants to allow the Cite and Fine actions to be posted on the DRE Website so the public will have more information, particularly regarding unlicensed individuals.

Another new process at the DRE is the ability of licensees who have been sanctioned in the past to petition and have the citation removed from their record. This is valid for the less grievous sanctions that are over 10 years old where the licensees have demonstrated rehabilitation. The Commissioner has already signed off on some of these redactions.

Are there any chances that the Department will return to Bureau status? Not in his opinion (and mine). The Department changed back in 2018 after a chaotic time as a Bureau. A bill that was sponsored by the California Association of Realtors accomplished this needed change. One factor that I noticed is that the votes in the Assembly and in the Senate were unanimous. How often does that happen?

Commissioner McCauley is a big believer in Social Media. It is an important asset if used properly to keep licensees informed about new research and regulations. Plus, it can help direct the public and licensees both, to the DRE Website; DRE.CA.GOV. For the most up-to-date information, go to their Social Media sites. DRE has many outlets with more coming.

Shelly Wilson is the newly appointed Assistant Commissioner for Communications and Publications and Public Information Officer. That is some title. She is the guru of Social Media, and will do a superb job. For many years she was in charge of the section that approved or disapproved my DRE Courses, so we know each other.

Shelly gave me a run down on their Social Media numbers. Currently, they have 9,713 friends on their Facebook Page and 19,193 followers on their Twitter page. Also, there are 1,016 who follow the Facebook Espanol Page. The Department will soon be launching a YouTube page.

What can you learn there? If the Commissioner has any important information for the industry, it will first be seen in Social Media because of the speed and ease of reporting. Some recent examples: The Timeshare Ruling with the $3.5M sanction; Census information and why you should know these facts; Signs of fraud to spot for the public; Latest State rulings on Evictions.

I did mention the outdated (2010) Reference Book. Shelly Wilson, who was at the interview assured me that a Reference Book redo is being started. This is great news because a new Reference Book could be a source of important and valuable information for the public and licensees. It would be invaluable for people studying for any exams.

What is the Commissioner's vision for DRE? The staff must be ready to be flexible and nimble in these challenging times. Working remotely should be a priority and its effectiveness evaluated. As a footnote, he mentioned that Governors Peter Barton Wilson and Courken George Deukmagian did studies about the benefits of working offsite many years ago. There are some benefits and some negatives as we are all learning. Business culture could be shifting.

His major goal at this time is to improve the overall DRE Brand, stressing strong consumer protections, efficient licensing, and effective communications. At the moment the Department is working shorthanded in the executive suite. The Commissioner position had been vacant from July 1, 2018 to May 6, 2020, and at this time there is no Chief Deputy Commissioner. This spot must be appointed by Governor Gavin Christopher Newsom, who is rather busy at this time. The Assistant Commissioner for Legislation position is vacant, which is also a gubernatorial appointment. With Sandra Knau (who capably served as Acting Commissioner) retiring this year, the Assistant Commissioner for Administration will soon be vacant, although this is an appointment made by the Commissioner.

Also, there will be some interesting changes coming in 2024. DRE and several other State Departments will be housed on a new campus that is being constructed now (here’s a link to project info if you want to use it: https://www.dgs.ca.gov/RESD/Projects/Page-Content/Projects-List-Folder/New-Visions-for-Sacramento-River-District.) Can't wait to see that. However, I really like their current location on Exposition Blvd. after all those years south of the Freeways.

Thank you so much for your time, Commissioner. This is valuable information to disseminate. And we all want to wish you the best of luck in your new position. We are all on the same side.

I want to thank Yevonne Robertson, Shelly Wilson, and you. In Hollywood terms Yevonne was an excellent producer, Shelly was the efficient show runner, and you were the "talent". See you around campus in 2024.