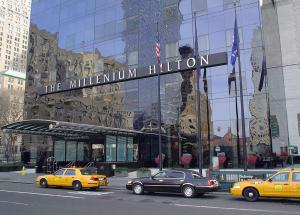 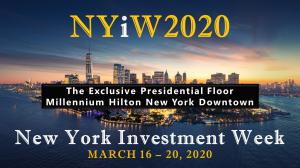 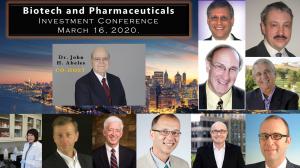 We are noticing a growing interest from large institutional investors including SWF's, Pensions, VC's and even Governments; Our goal was always to become a trusted platform for genuine investors.”
— Val Nzhie, Chief Operating Officer at Bervann Capital

NEW YORK, NEW YORK, UNITED STATES, February 25, 2020 /EINPresswire.com/ — It's been a while since this level of excitement was last felt by Tri-State investment firms about attending events. Between the massive over-packed and the filled-with-vendors gatherings, most firms have given up on getting substantial returns from event's attendance. A NY based company seems to prove that Hope is back in town, by the way they do things and what people have to say about them: Bervann Capital.

With over $10 Trillion of combined AUM, active investors, companies’ executives, entrepreneurs, fund managers and government officials will gather in Downtown Manhattan to exchange on the pressing challenges and uncertainty looming over the global economy, and take tangible steps towards strategic partnerships and active investing.

In addition to institutional investors, VC's and Private Equity firms, the previous events have included a former US Undersecretary of Commerce, Abu Dhabi CEO of a Royal Family's member, a former US Congressman, a former CFO of US Department of Treasury and Labor and Reputable Canadian, Middle Eastern, Asian and American family offices, celebrities.

Participants have been thoroughly filtered and the size is as small as 10 – 50 delegates per session, guaranteeing privacy, intimacy and efficient outcomes. Besides the conference sessions, the event provides intimate fireside chats, roundtables and breakout sessions on several identified topics relevant to current trends. Series of One-on-One meetings are set between investors and investors, investors and managers, investors and companies, investors and governments.

Among the topics:
The Risk of Recession – Trump's policies and The 2020 US election's impact on the markets – The Global Mobility of Capital and Information – Innovations and Investments in Biotech and Pharmaceuticals – The Rise of Venture Capital and Angel Investing, Bubble or Real – Surviving China's Waves – The Spike of South Korean Capital in foreign investments and South Korea as New Alternative in ASIA – The surge of Female investors and executives – Government Investment Promotion Overcoming the Challenges in attracting foreign interests – Tagging along the aggressive 2030 vision of the Middle East, How to Navigate the region's Geopolitics and Still Make Money – Invest in AFRICA, The Next China.