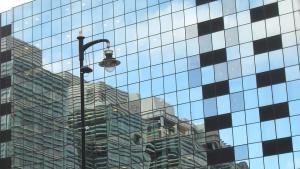 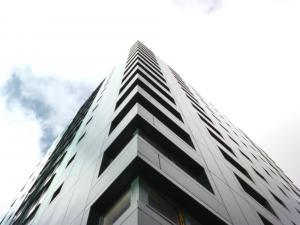 Despite uncertainty, the UK is still a preferred destination for global corporate real estate investors and is the number one destination on Consorto”
— Philip Verzun, Consorto CEO

AMSTERDAM, NETHERLANDS, November 29, 2019 /EINPresswire.com/ — As 2020 approaches, now is a good time for commercial property buyers to check out options for UK investment destinations.

Consorto, the marketplace for European commercial real estate, suggests five British locations that investors should watch out for.

They feature city destinations that are among the most popular with Consorto users and markets that show strong fundamentals including economic growth potential, CRE investment opportunities and competitive returns.

More than half of UK CRE investors are from overseas, as the weakened pound due to Brexit uncertainty has created added value, says Consorto Chief Executive Officer, Philip Verzun.

“Despite uncertainty, the UK is still a preferred destination for global corporate real estate investors and is the number one destination on Consorto. Opportunities to add yield will likely remain the key focus for investors until more clarity is provided on the macroeconomic outlook. While the short-term outlook for the commercial market is arguably volatile, the long-term outlook remains healthy. We have noticed an increased demand for locations outside London, where yields are more attractive.”

The Consorto UK commercial property market destination picks to look out for in 2020 are:

Birmingham
• Achievable p.a. city centre office yields of 4.96%
• UK’s second-largest city with a population of more than 984,000, according to WorldPopulationReview.com
• Economy worth £28.1billion, up 27.7% in the last five years
• Office investment volumes up around a third on 10-year average in H1 2019
• Listed among the coolest places to live in Britain
• A £25million city centre regeneration project is planned
• First outside London for Foreign Direct Investment
• City profile will be boosted by hosting the 2022 Commonwealth Games

Glasgow
• Achievable p.a. city centre office yields of 4.72%
• UK’s seventh-largest city with a population of more than 591,000, according to WorldPopulationReview.com and is in the top 10 cities for population growth
• Glasgow aims to be the most productive UK city economy by 2023
• Strong Foreign Direct Investment
• Investment options for accommodation for its 185,000 students
• Ranked in the Global City of the Future top 10 for large cities and third for business-friendliness
• Named Cultural and Creative capital of the UK and top for new jobs
• City profile will be boosted by hosting Euro 2020 football tournament

Leicester
• Achievable p.a. city centre office yields of 5.2%
• UK’s eighth-largest city with a population of more than 500,000 according to WorldPopulationReview.com
• £250 million, 50-hectare Leicester Waterside scheme provides investment opportunities
• Student accommodation in demand from 30,000 students at its universities
• Named among the top 10 UK economies for the pwc Good Growth Index, thanks to low unemployment and rapidly improving city life
• Second-fastest UK city by population growth, up 1.3% a year, according to ONS data
• BLT investors benefit from undersupply and relatively low property prices
• £19 billion economy in city voted among best to do business

Liverpool
• Achievable p.a. city centre office yields of 5.8%
• UK’s third-largest city with a population of more than 864,000 according to WorldPopulationReview.com
• City attracts more than £1 billion a year in investment
• Up to 2million square feet of new commercial space planned in the city centre over the next 15 years
• Over £3 billion of development projects progressing across Liverpool
• Strong BTL rates can be achieved, particularly in the city centre
• Student accommodation demand from more than 70,000 students at city’s three universities

Sheffield
• Achievable p.a. city centre office yields of 5.85%
• UK’s fifth-largest city with a population of more than 685,300, according to WorldPopulationReview.com with another 70,000 expected from 2015-25
• Strong demand for student accommodation from 63,000 students at two city universities
• BTL buyers benefit from strong rental yields achievable and competitive property prices
• Major opportunities in the £500m Heart of the City II plan, which totals 1.5 million square feet of development
• Promoted as the Outdoor City
• Plans to make Sheffield city the best start-up zone in the country

In all property purchases, buyers should carry out in-depth research, due diligence and seek professional advice, where needed.

Users register for free with Consorto to begin uploading listings, searching for property and creating personal listings reports. Listing is free of charge. Sellers only pay a fee once their deal is complete.

For further information about Consorto and to list and view properties, visit https://www.consorto.com/