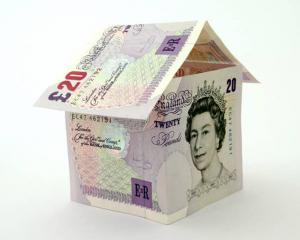 Liquid Expat Mortgages has seen interest in Buy to Let Mortgages increase in the last 12 months & there is no let up in the level of enquiries being received.

Whilst the reasons for wanting to invest may differ, the one thing that is consistent is that the majority of customers believe UK property is a good investment move.”
— John Squires, Head of UK Mortgage Sales at Liquid Expat Mortgages

Stuart Marshall, Liquid Expat Mortgages’ Managing Director, states “Demand for UK Buy to Let mortgages has been very strong over the last twelve months and it shows no sign of slowing down. You would think that with the current political infighting and the back drop of Brexit uncertainty, there would be a reluctance or hesitation to purchase UK property. In fact demand has never been stronger from both UK Expat Mortgage seekers and foreign nationals.”

John Squires, Head of UK Mortgage Sales at Liquid Expat Mortgages, believes that with UK property hotspots such as Manchester, Birmingham and Edinburgh are enjoying consistent growth and proving extremely popular with UK Expats and overseas investors. “Whilst the reasons for wanting to invest may differ, the one thing that is consistent is that the majority of customers believe UK property is a good investment move. Over the last eighteen months enquiries from UK Expats and Foreign Nationals have shown consistent and steady increase.”

Stuart Marshall believes that irrespective of whether it is a purchase or a remortgage, “Anyone who is earning, or has savings in a foreign currency particularly US Dollars, (this especially applies to Expats living and working in the US, UAE, Middle East or Asia) are benefiting from the devaluation of the British Pound and are able to invest in UK property with reduced upfront amounts when purchasing a property. At the end of May 2016 – so just before the Brexit vote – £1 was worth $1.45. As of the end of August 2019 £1 was worth $1.22. What’s more when the property is purchased and then rented out, the rental amount (and therefore the mortgage ) is paid in sterling so that the currency fluctuation is mitigated. There really is no better time to buy when you also take into consideration low interest rates, higher loan to values and the wide choice of mortgage options for Expats”

Liquid Expat Mortgages’ provides mortgages to British Expats and Foreign Nationals for Residential and Buy To Let property throughout the whole of the UK.