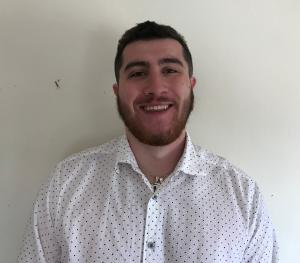 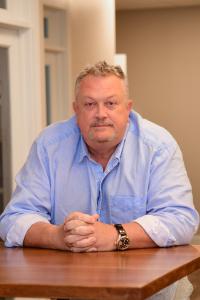 Destruction.com will be known as "a Datasafe Company" but new name more clearly addresses issue of secure information disposal.

When we launched the firm, we selected the name because we wanted to highlight our commitment to security, and showcase our experience in the industry.”
— Rick Carey, Partner

But, when the time came in its early years to build the company’s website and acquire a URL, Carey managed to pull off quite a feat, in landing the domain name Destruction.com.

And, as the company approaches its 30th year in business and partners Rick Carey and his son, Eric reflect on the industry and where it is headed, the company will undergo a brand change, effective on or before the first of the year. Datasafe Information Security will become officially known as Destruction.com, with the tagline “A Datasafe Company.”

Carey said that one of the key concerns that customers across all industries express when they engage the services of a shredding firm is being certain that all documents or electronic devices, are securely destroyed. “When we launched the firm, we selected the name Datasafe Information Security because we wanted to highlight our commitment to security, and showcase our experience in the industry,” said Carey, whose background includes being a Special Projects Administrator in the corporate security department of Fidelity Investments in Boston, as well as with the Drug Enforcement Administration and the Internal Revenue Service in the field of security.

“We think our URL clearly defines who we are and what we do,” said Carey, who added, “Plus, it’s a very memorable name.”

He said, “While security remains a concern for people who shred documents and devices, the industry has become increasingly price driven and the end result is that people want their information destroyed…securely, but “destruction” is their top concern. We believe that using the domain name as the main way to identify what we do will help position us even more clearly in the marketplace.”

Eric Carey said that the firm’s plans are to begin phasing in the name Destruction.com immediately and that the conversion should be complete by the start of 2020. The firm will retain the same website URL but will update its copy and logo to reflect the new name. “In no way are we downplaying the importance of security,”

Eric Carey said, adding, “Rather, we are emphasizing our total commitment to secure destruction of any documents or devices which contain sensitive information.”
The firm recently celebrated an impressive milestone, having securely shredded 550 million documents, with no identity theft or breaches.

As the firm approaches its 30th anniversary, Destruction.com, a Datasafe Company, has seen its mission expand from the destruction of paper documents to include electronics (including computer hard drives), expired foods, counterfeit goods, and defective products, to name some items. They are the longest running document destruction firms in the state. The firm provides destruction for industries across a wide range of businesses, and they differentiate themselves from the competition with their commitment to an impenetrable chain of secure custody of documents and a strong local emphasis on personalized customer service.

Destruction.com, a Datasafe Company, (http://destruction.com) has been a leader in the document destruction industry since 1990, committed to destruction of sensitive data including papers, computer hard drives, and electronic devices. Destruction.com is the oldest shredding company in Eastern Massachusetts. The firm provides destruction services at the client’s location or at their facility, depending on the customer’s preference. Destruction.com works with schools, financial institutions, insurance agencies, and any businesses which choose to destroy sensitive information in a secure manner. A partial client list includes Amica Insurance, Boston University, Comcast, Brookline Bank, Harvard University, Verizon, and Dana Farber. Founder Rick Carey attributes the company’s success to the firm’s consistent level of response and service over the years. The company prides itself on “live” answering of phones, and quick attention to customer needs. Corporate headquarters are in Marshfield, MA. For additional information, please visit http://destruction.com or call 508-587-0900 and ask for Rick or Eric.