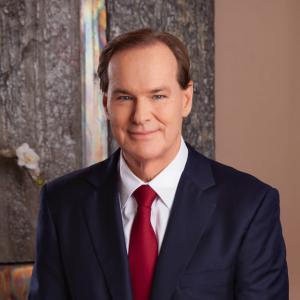 CALABASAS, CALIFORNIA, USA, June 7, 2019 /EINPresswire.com/ — Griffin Living, a privately-held, family-run company that develops and manages senior living communities, continues to thrive under the leadership of its founder, president, and CEO Paul Griffin III, just as it has since its inception in 2009.

Formerly known as Griffin Fine Living, the company was established at a time when many real estate developers were struggling to obtain financing. With Paul’s leadership and the skill and experience of senior management, Griffin Living managed to flourish during its first decade by relying on tenacity and resourcefulness. An illustration of their resilience can be seen in their Cambria at Riverwalk project, a 55+ active senior living community in Riverside, California. The project was in development in 2009 when Griffin Living, like many real estate development firms, struggled to find banks willing to give loans. Paul and his team had to get creative. They partnered with a construction company based outside of the United States and got the project back on track. It ended up winning the 2011 Senior Project of the Year from the National Association of Home Builders.

The resilience shown in the company’s early years continues to manifest itself today. Griffin Living currently has several projects in development around the country. Notable projects include VivaBella Simi Valley, an assisted living and memory care community that is currently under construction and will be located within a shopping center in Simi Valley, California. By integrating the senior living community into the retail space, residents at the project will be able to remain woven into the fabric of their neighborhood. The project earned the NAHB’s Best 55+ Assisted Living or Special Needs Community on the Boards Gold/Innovation award.

Across the country in Snellville, Georgia, just outside of Atlanta, Griffin Living is readying a fall 2019 opening for The Sheridan at Eastside, a senior living community offering independent living, assisted living, and memory care. The project is the result of a partnership between Griffin Living and Senior Lifestyle Corporation. The companies worked together in developing the community, and they will own and manage it through a joint venture.

Griffin Living’s headquarters are in Calabasas, California and they have offices in Atlanta, Georgia.